About a week ago I went to visit my sister Gayle and I was gone for 3 days and 2 nights. I had to leave Callie behind and when I returned home, I was pleased to see that Callie and my husband Michael had gotten along very well indeed. He spends a lot of time on his laptop doing research and Callie loves to tuck herself in between the laptop and his hands. She expects to be petted and stroked when she is by your side and if you appear too preoccupied or become distracted, she will gently bite you and get up in a huff and walk away. Michael can spend up to 14 hours in one day working on his research and this provides a serious block of time dedicated to Callie’s pleasure. I am way too active during the day for Callie to rest next to me and it appears that she has switched her aliegence to Michael since my return. I keep walking in on the two of them together and if she notices me she startles and jumps off his lap and dashes away to a safe distance. It is almost like she thinks I will get jealous of her new love affair. She refuses to cuddle next to him if I come into the room and will only hang out with him if I am nowhere to be found.  Lately she has herded me into the bedroom at night and when I am safely tucked into bed, I see her cute little rear end with her tail held high in the air, quietly sneak out and disappear down the hall. I feel like tiptoeing after her and once she has settled onto Michael’s lap, I jump up with arms raised and yell, “caught you!” She also communicates with Michael in a different way and has a much louder meow as if she thinks he is hard of hearing. And if not hard of hearing, maybe he isn’t as smart about knowing what her needs are because she is very bossy and demanding with him. Yesterday, Michael walked down the hall to get something out of the front bedroom and Callie followed a few minutes later meowing loudly and demanding to know where he was. She had to walk past me before she noticed that I was there and pretended she wanted to visit me all along. She meows very quietly to me and barks and chirps at Michael. It appears that Callie has both Michael and me wrapped around her little paw and her technique for getting what she wants has been customized to fit our different personalities. Michael loves having her seek him out for attention and I like chasing after her for attention when it suits my needs. What a smart little two timing cat she is…….but what does that make us? 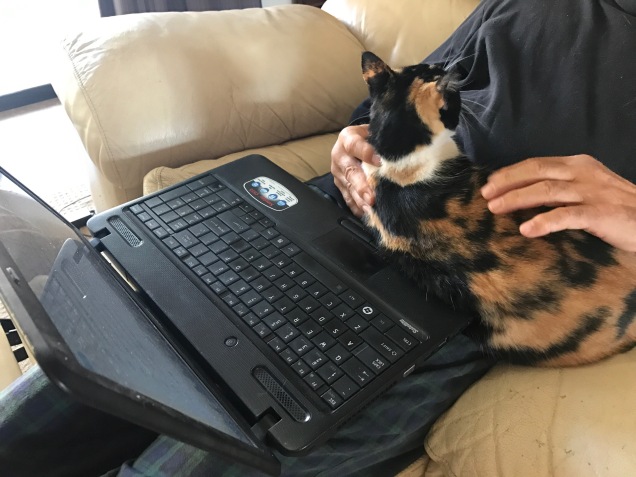 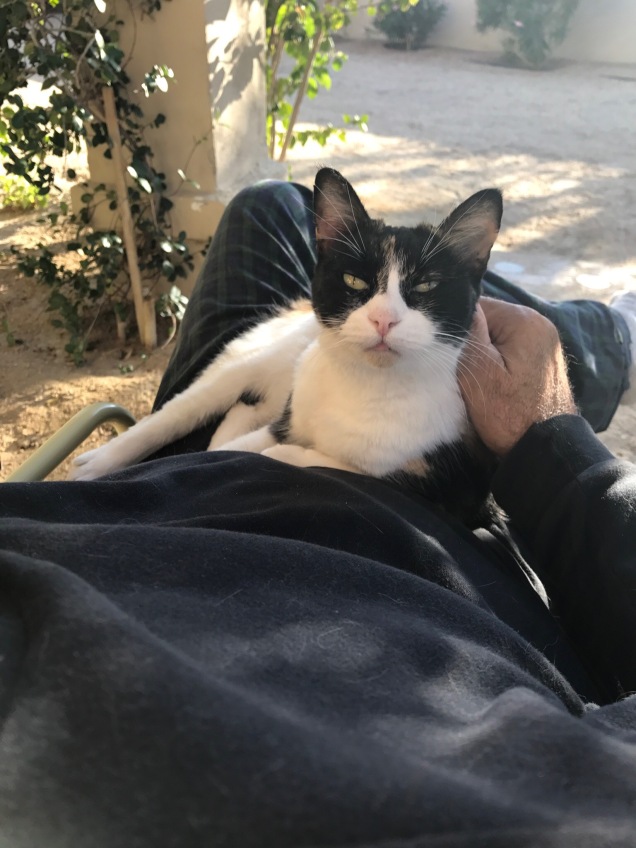 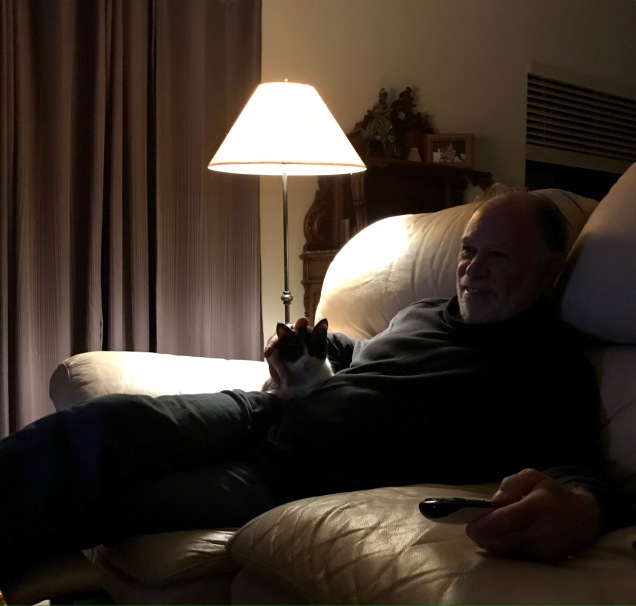 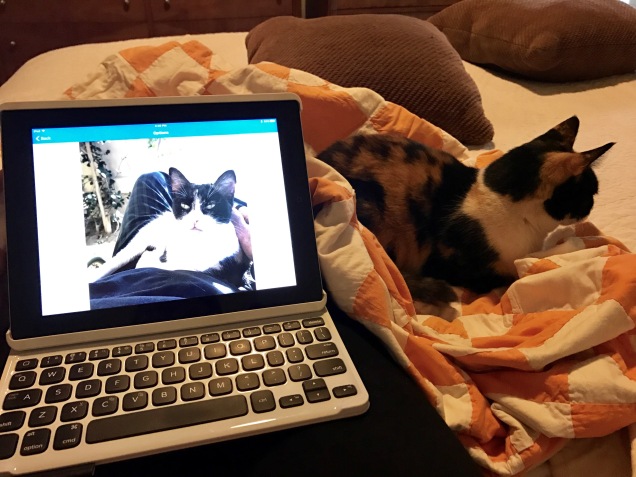