Today, Michael and I ventured out in the RV and spent all day at The National WWII Museum. The museum tells the story of the American experience in the war that changed the world, why it was fought, how it was won, and what it means for all of us today, so that all future generations will understand the cost of freedom and be inspired by what they learn. I certainly was….My father was a war hero and served in the infantry in 1944 at D-Day 40 and the Battle of the Bulge. He was wounded by shrapnel as a Sargent and received the Purple Heart and Bronze Star for his heroism. He never talked about his experience in the war but always said he had received a million dollar wound because he survived where many others had not. He also met my mother in the hospital while recovering from his injuries. She was an X-ray technician and they fell madly in love and raised a wonderful family. Both my parents have passed away several years ago but left behind 7 daughters and 1 son. I am fith in line and love being in the middle of a large family. I have the luxury of having older siblings that I can learn from, and younger ones that I can boss around. My siblings are all still very close and we just had a reunion a little over a year ago when I turned 60…

The museum was extraordinary and we watched a film produced by Tom Hanks called: Beyond all Boundaries which was very informative and super sobering. I wasn’t able to wrap my head around Adolph Hitler but when you see the film, it shows you just how much territory Hitler had managed to control before the Allied Forces were able to push back. What heroic men and women they were that served in this war. So many casualties on all sides. It was horrific.

We managed to scratch the roof of the RV and bend the antennae while trying to park under trees on the street. The RV is so tall that you have to really gage the height of overhanging branches etc. or you will scrape the roof like we did. It isn’t that bad and when comparing this to what we witnessed at the museum, this is small potatoes as they say!

Half way through the exhibit, we sat down to eat sandwiches and salad at the smaller museum restaurant and went back for a second round of war exhibits before heading for the RV park at 4:30. We are settled in our cabin now with rain sprinkling lightly and making a soft tapping on the roof of the RV and Inhabe a candle lit while I write down my experiences of today on the blog. Happy hour comes next…. 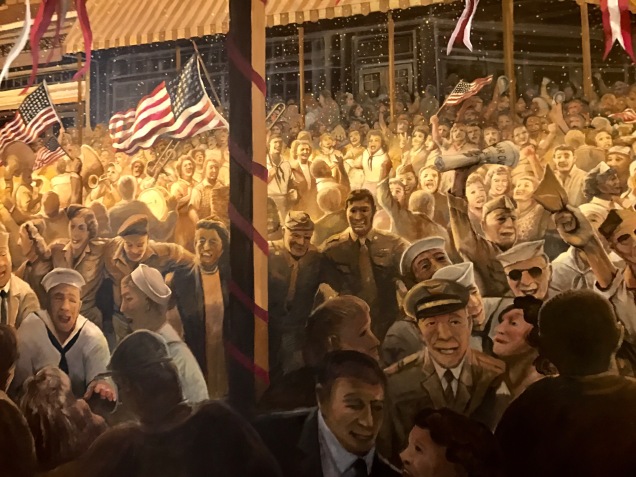 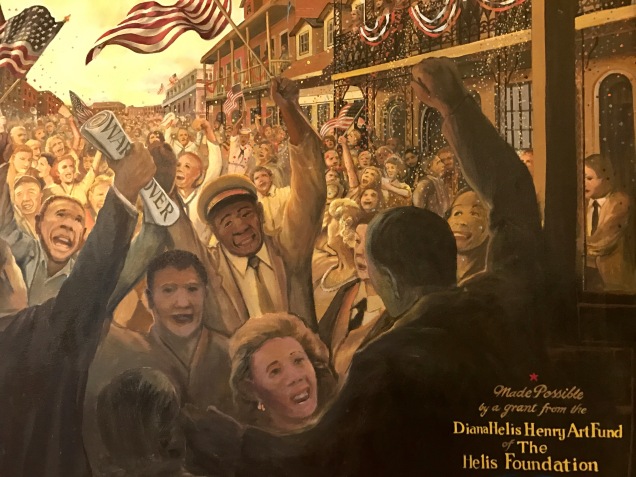 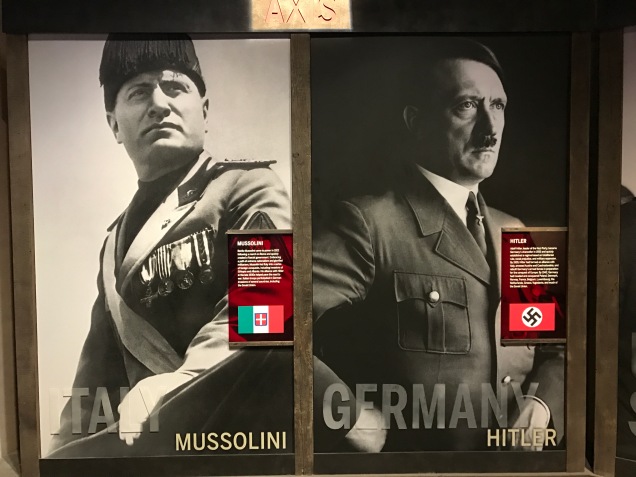