Michael and I walked over to Crescent City Harbor to have dinner at the Grotto Restaurant, when I happened to spot an adorable Jack Russel staring at something below on the rocks between the bars of the pier. When we walked over to investigate, a woman named Anne said that for 3 years she has been taking her dog Dixie down to the harbor so that she can stare at a female, ginger and white, tabby cat that is feral. Anne would sit on a bench close by, and she would attach Dixie to the bars on the pier. At first the ginger tabby would run away and hide in fear, but as the years passed, she became tamer and less cautious, and Dixie was able to get closer and closer to her. Eventually the kitty settled on a rock that is just close enough for Dixie to believe that some day they might be able to touch noses. They would stare at each other for hours and hours and not so much as move a muscle. Anne assured me that a woman came every morning to feed the cat, and by the looks of her ( she is obese) she is doing just fine. My dog Addy use to stare at a tennis ball in much the same manner that Dixie stares at this cat. 3 whole years have passed now and they have not touched noses yet! They both just continue to stare at one another for hours at a time. Anne needs to take Dixie over to the harbor every day in the quiet of the afternoon or she becomes visibly upset. Now that is unrequited love for you! Keep it up Dixie! Some day maybe the kitty cat will allow you to touch her nose…. 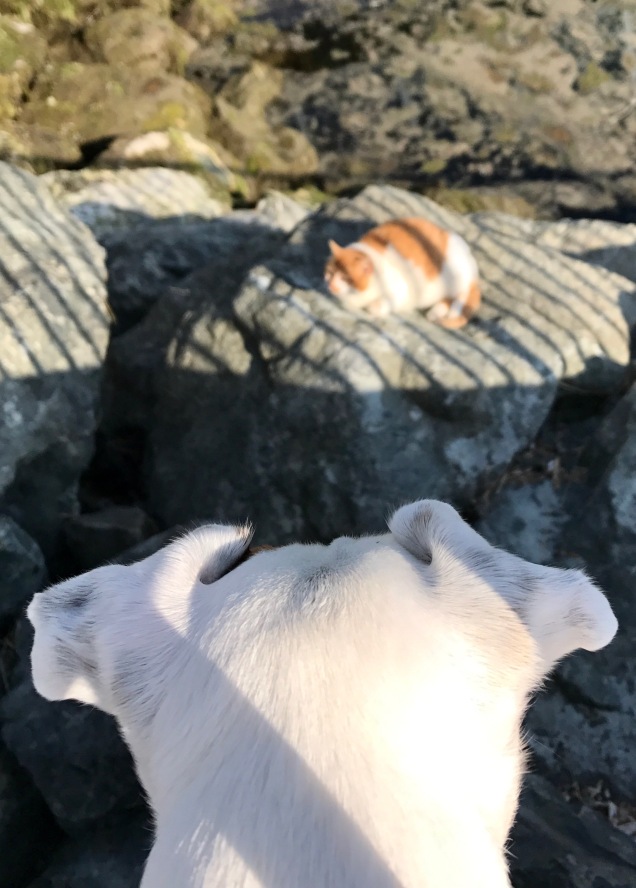 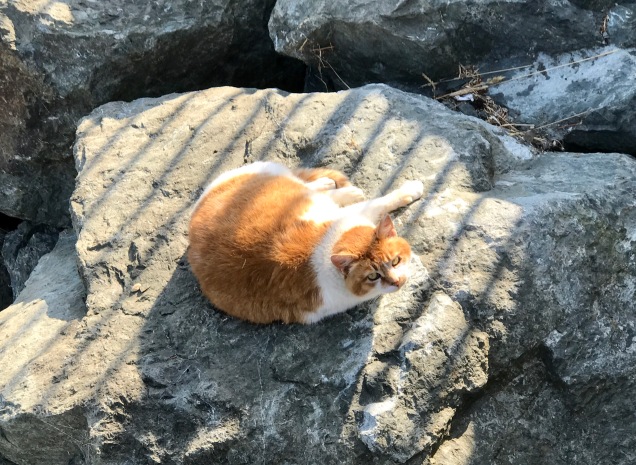 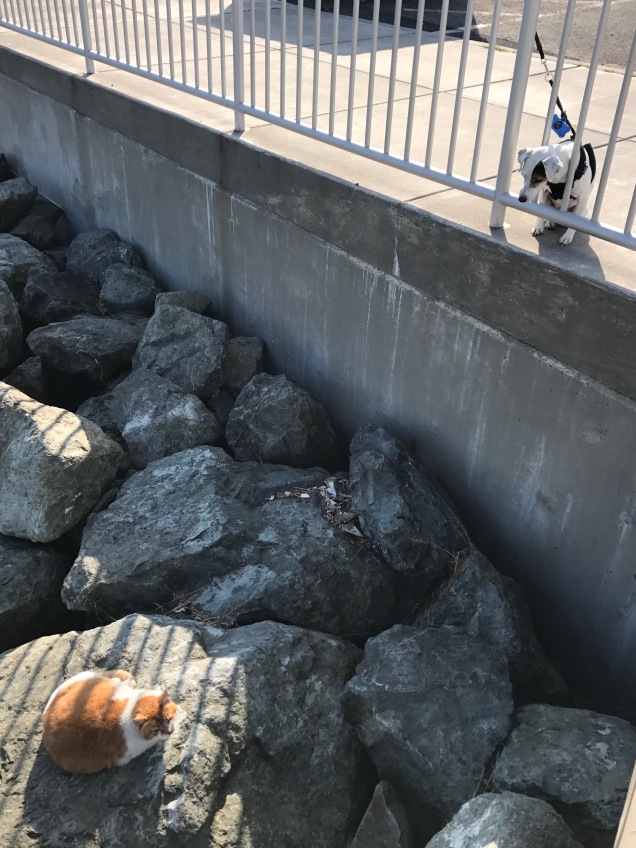