Callie has become quite the darling wherever and whenever she goes out for a walk with me and Lara! People are always fascinated that a cat can and will walk on a leash. She takes it all in stride though and tries to keep her cool in most situations.

Everyone walking a dog marvels at her calm disposition and the dogs cannot believe their eyes, ears, and nose. The smaller ones always want to touch noses with her, and if they go about it in a smooth and controlled manner, she will allow it. Otherwise, she lies in wait at the end of her leash, and I have to warn the owners that she will get the better of the dog if they get too close. Callie is wickedly fast with her claws and before she rakes the poor dog swiftly over the nose, she will let out a warning shriek that sends most dogs running in a blind panic!

But today we saw a different beast altogether! This afternoon we had several crows following us high up above in the oak trees and they would cackle and crow and make all kinds of clicking noises as they jumped from branch to branch. It was almost like they too could not believe that there was a cat walking on a leash below them. They both peered down at us intently and with keen curiosity, tried dropped acorns on our heads to see just how we would react to the taunting. I looked up at them in return and mimicked their sounds right back at them and that set them off even more. They flapped their wings and cawed even louder and flew off muttering to themselves about the impossibility of a cat walking around on a leash. This caused Callie to drop down into a fake crouch position, but because they were so much bigger than her, there was very little threat in her posture. I think the tables would have been turned if the Crows called her bluff and it would have sent her running in a blind panic.

We are having a lovely time staying at the Monterey Campgrounds again, and Callie has her favorite oak trees that she loves to rub up against. I wonder if every dog that has ever been walked on a leash in the area, has lifted its leg and peed on the trunks of these trees. She gets this weird look on her face and then drops and rolls at the base of the tree in total ecstasy and rubs her back and face along the base of the tree. And if owners neglect to pick up after their dog? Why she goes about burying all the exposed poop with dirt and dried leaves and you can tell that it bothers her that dogs are so sloppy and thoughtless. She is the most fastidious cat I have ever had the pleasure of knowing and can’t stand it when others are dirty and leave a mess!

So Callie and I will ignore the crows that hop from branch to branch and taunt us high up in the oak tree. And I will let them wonder just how it was that I taught a cat to walk on a leash in the first place. It must be a first for these ravens to observe and for most people to witness too, but I believe that Callie has opened the eyes of everyone that sees her out walking to the distinct possibility that their cat too, could walk on a leash! 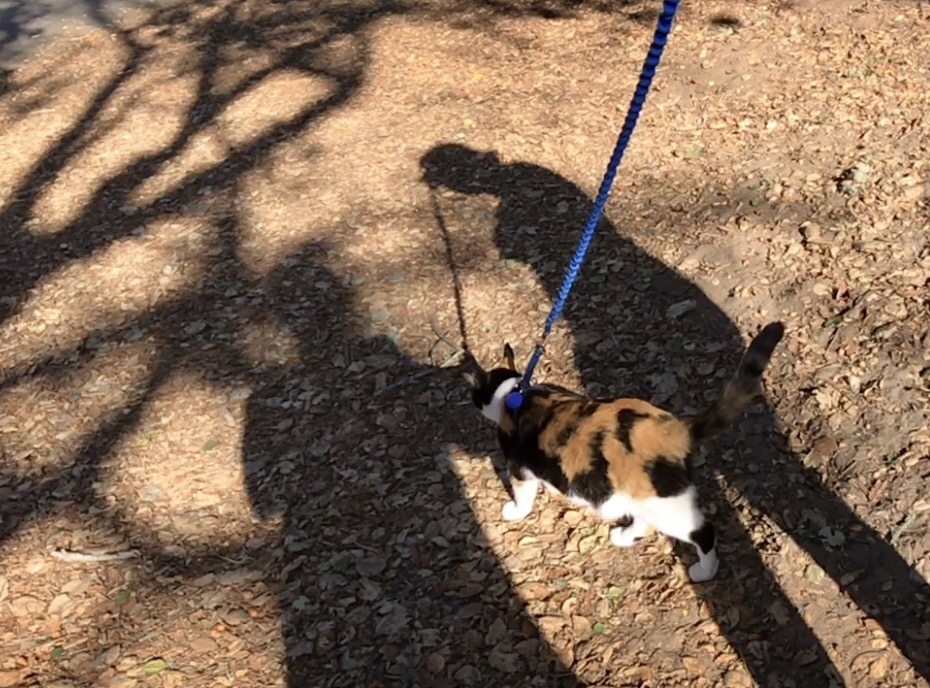 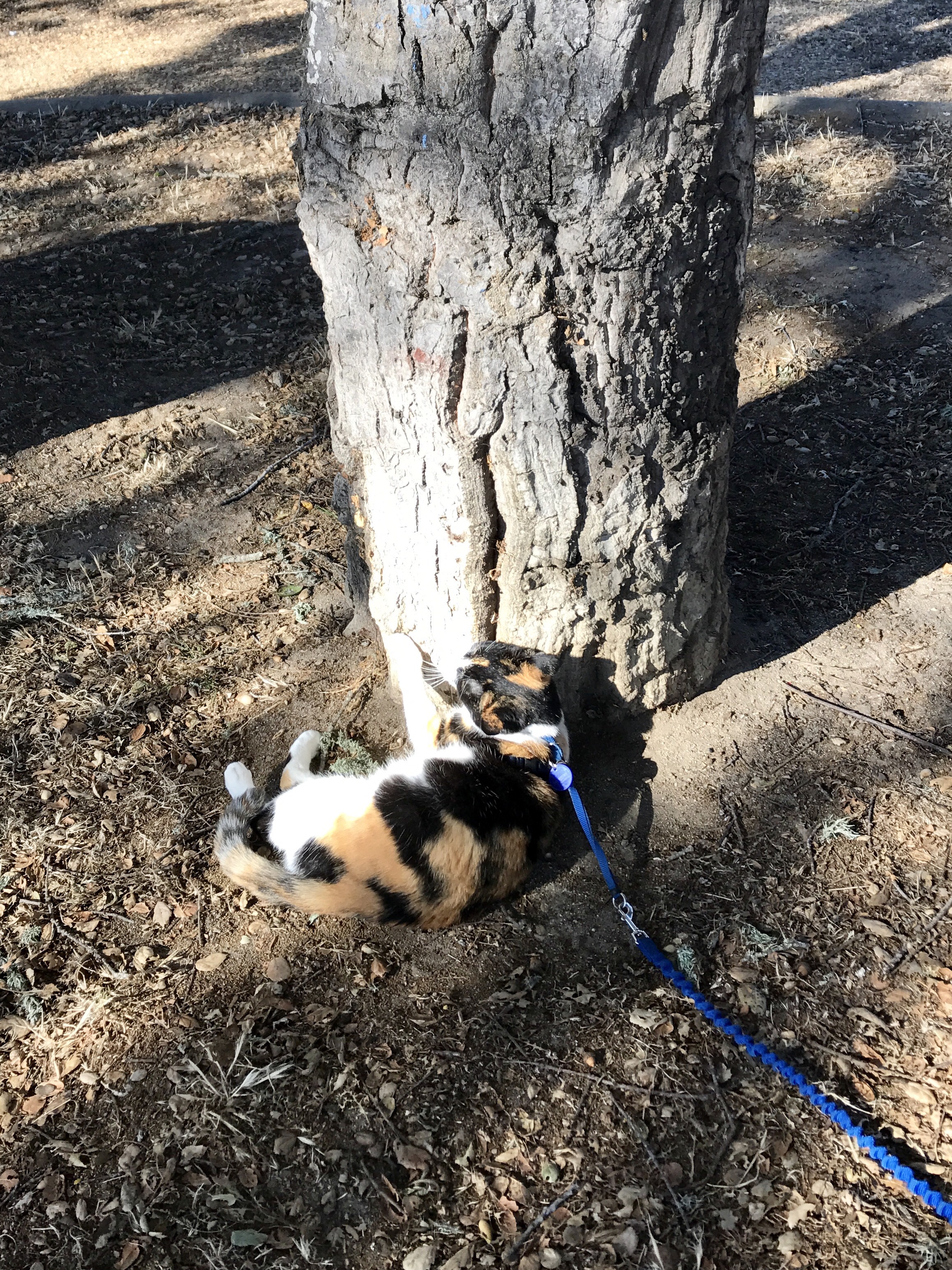 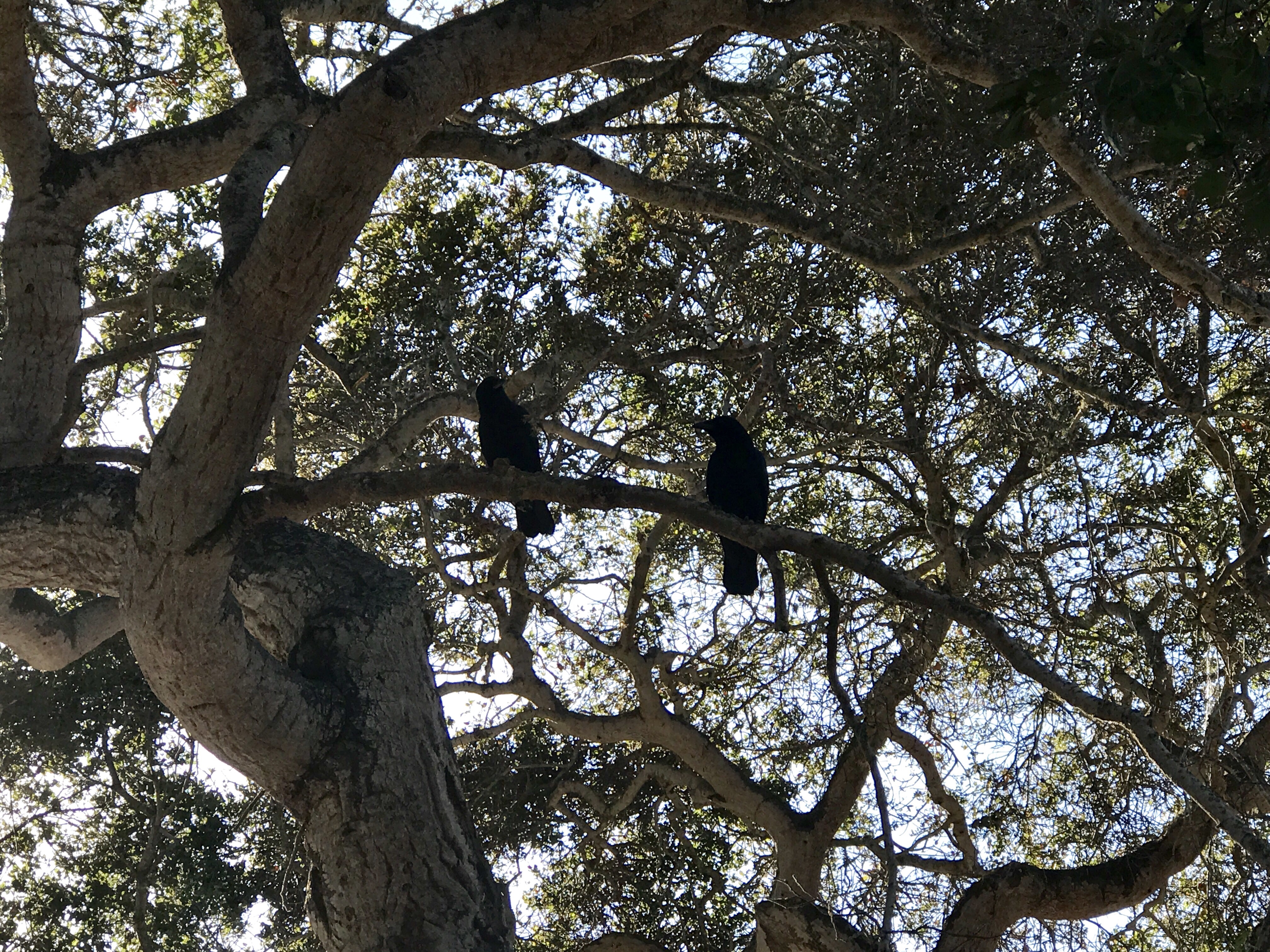 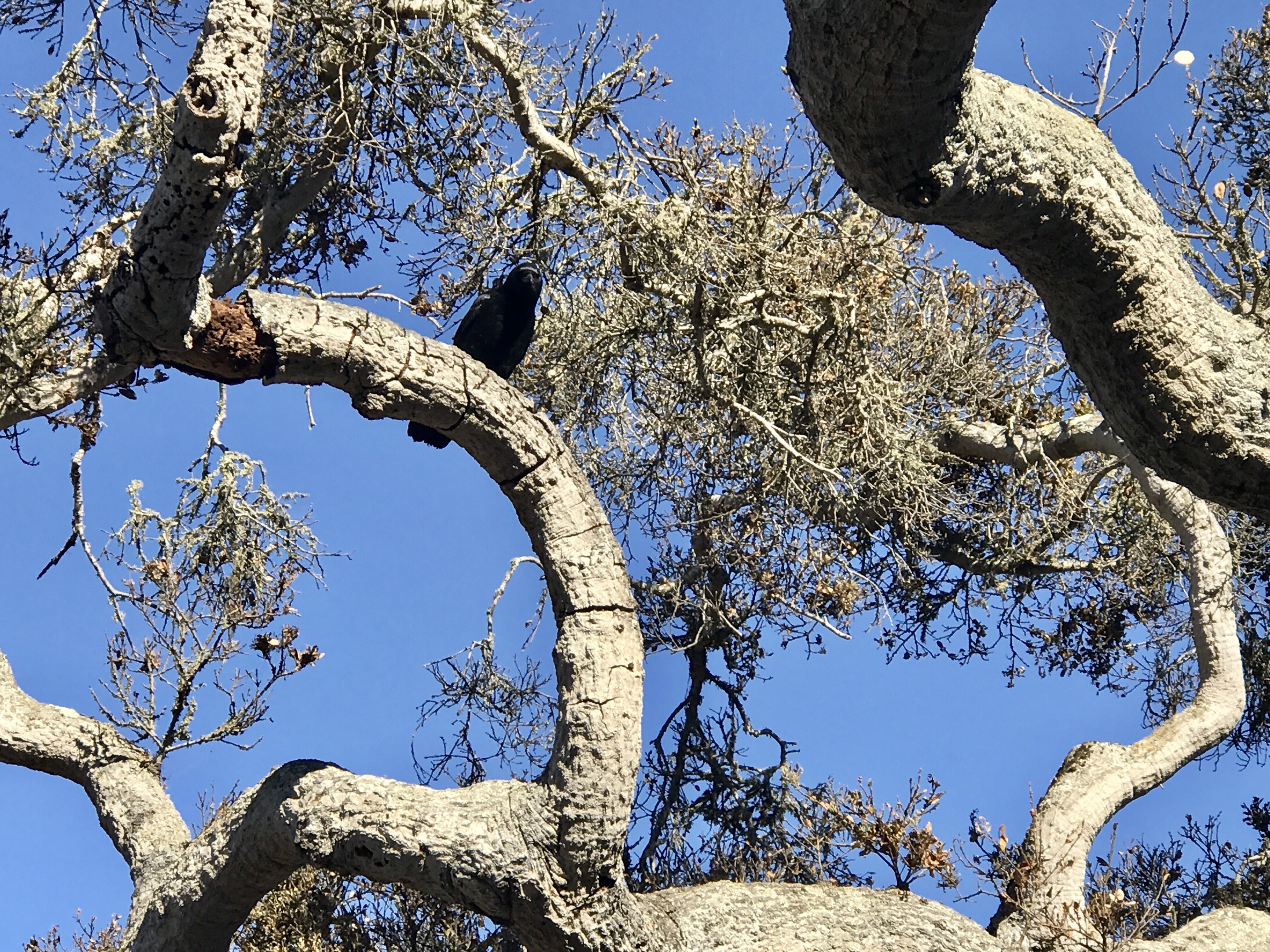 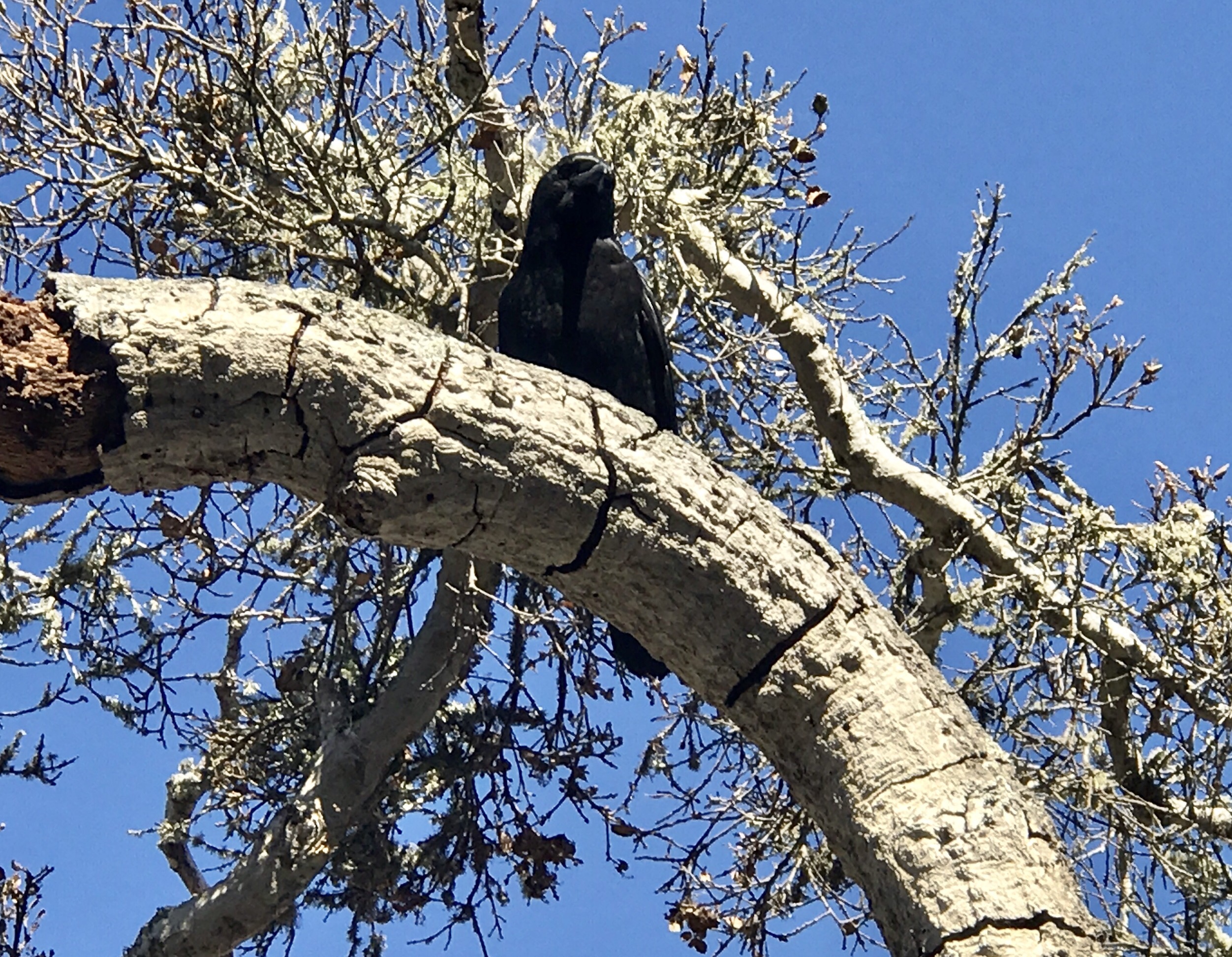 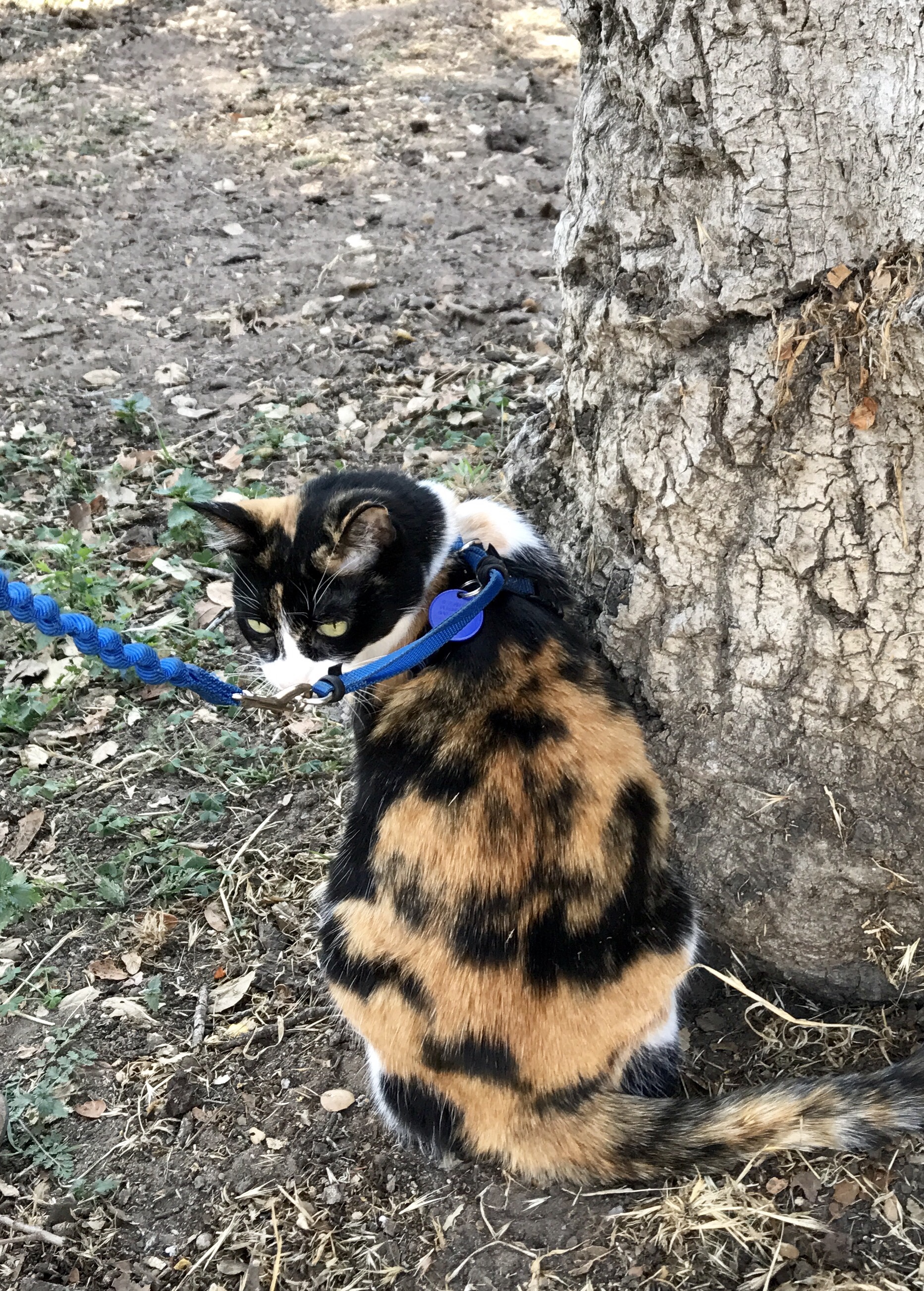 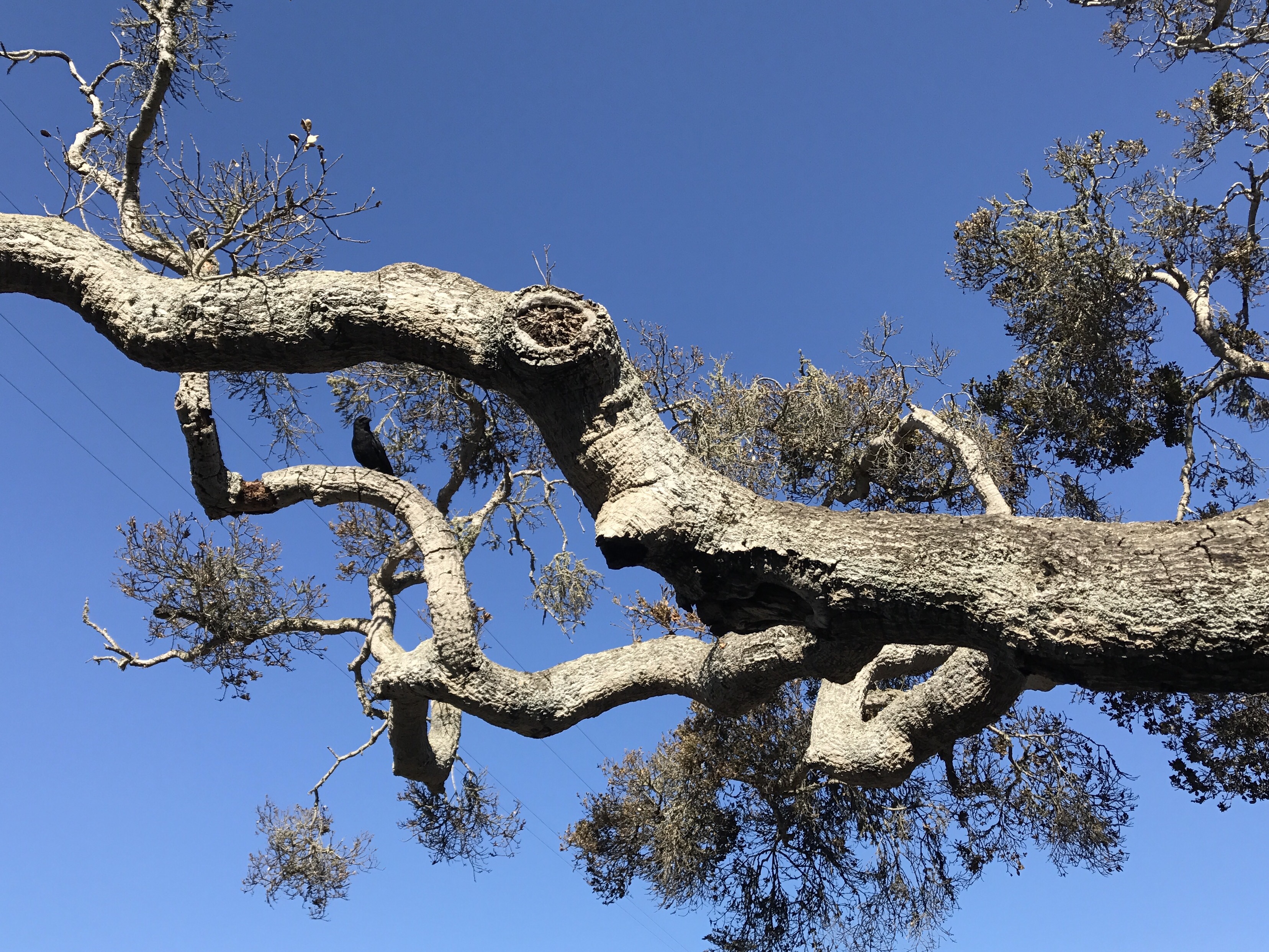 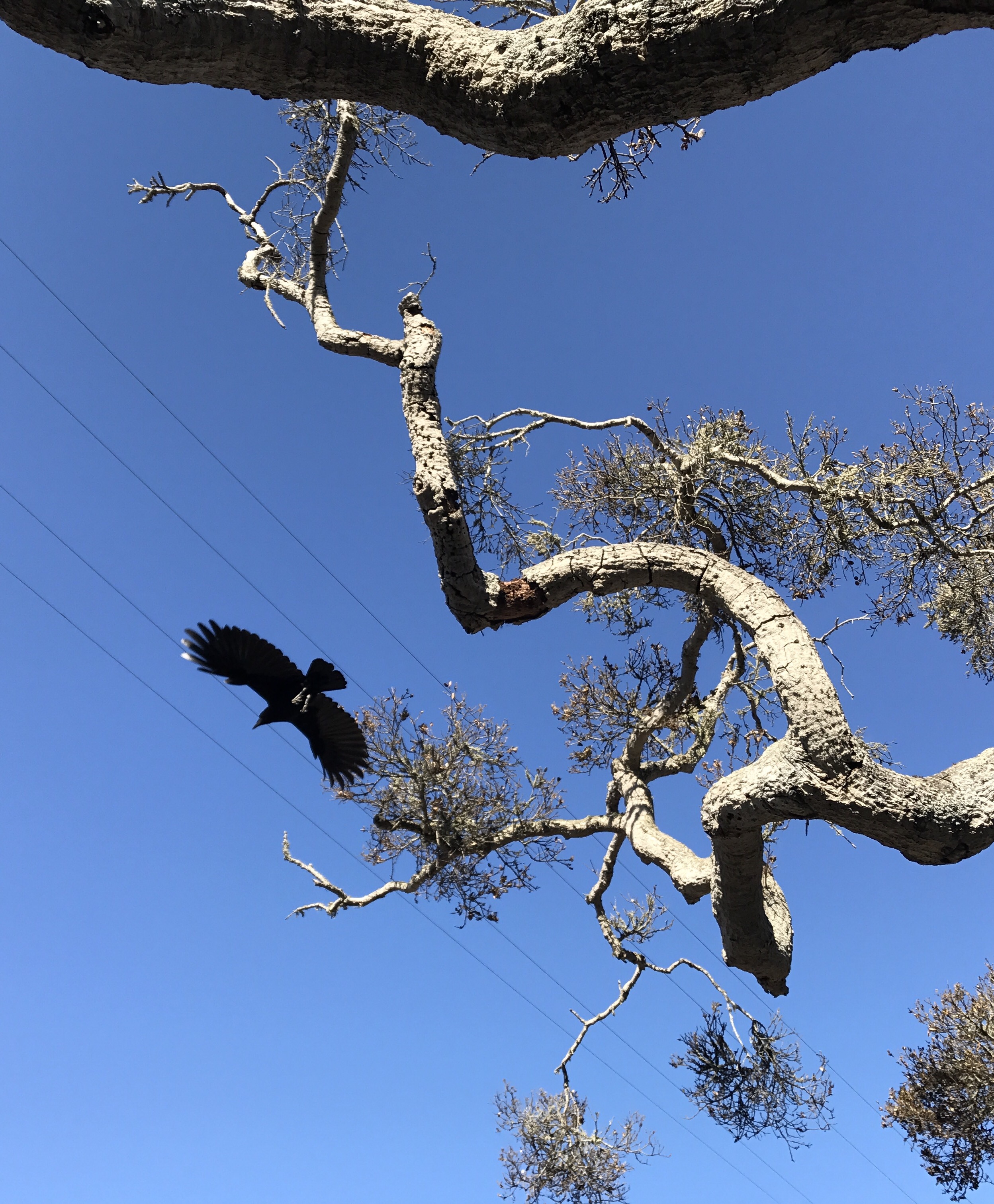