I have shared that I, with the encouragement of Michael, am getting out my Nikon D70s camera more often now because it is better and I am able to use a telephoto lens on bird and wildlife. I also have a macro lens for flowers which is out of this world. When staying at Washoe Lake, there was a family of kestrels and the fledglings were just learning to fly. The parents would ask the babies to fly from one cottonwood tree to the next to strengthen their wings and force them to work before offering them the reward of a meal. They complained mightily about the injustice of it all, but the parents were persistent. As personalities go, one sibling was larger and more precocious than the other and the photograph of this baby should be compared to the one looking at me with an expression of, ” You want me to do what!”

After Washoe Lake, we went to beautiful Virginia Lakes and I took incredible wildflower photographs and a marmot that was hanging out by a waterfall. I will post them later. We are now at South Lake right outside of Bishop because of the fires in Mammoth. The smoke was so bad and so thick, all three of us were coughing and hacking. It is nice and clear and cool up at South Lake. We are staying at Creekside RV Park and did the 2000 ft vertical climb to the lake this morning. Wow! 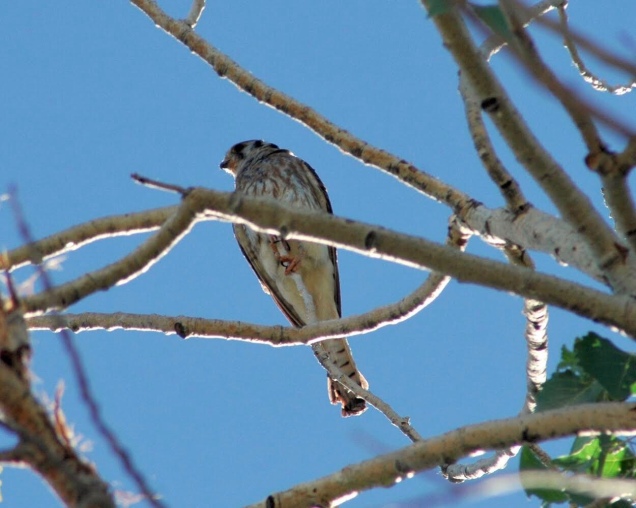